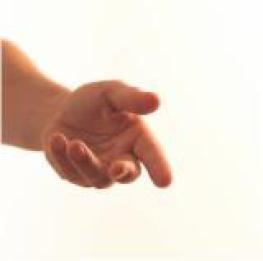 This story was a shock and a blessing mixed into one; we were not expecting this a year after John’s death.

Inside was a handwritten letter and a copy of John’s obituary from the Philadelphia newspaper stapled to it. As I (Bob) read this quietly I was shocked at what was being communicated. This person was at Thomas Jefferson Hospital the night that John died; she had held his hand, stroked his cheek and cried as she held him. She mentions that John was a “blessing” to her, for one reason, because her brother died prematurely and she never was able to be with him; his birthday, August 27th!

It was Saturday, September 1, 2007, when the unexpected happened. Labor Day weekend was filled with most of our family in town for a warm, end-of-summer, weekend. After a day of swimming with the family we came home and gathered the mail. In the mail was an unusual handwritten envelope from the funeral home and in the envelope another handwritten envelope, simply addressed to: “The Jung Family”, care of the funeral home. A sticky note asked if the people at the funeral home could forward this to our family.

I said to Pam, “Listen to this.” As I read the letter again out loud, we were sobered and began to cry. Who is this person? A doctor? A nurse? A paramedic? We didn’t know and she didn’t say, so Pam wrote her because there was a return address and asked that she call, write or email.

A week later, September 9th the phone rang and there she was. Up until this point there were so many mixed feelings, it was so unsettling. Pam and I looked at it like a jigsaw puzzle that we had figured out after a few weeks after John’s death as we received medical reports, spoke to people at the hotel and hospital and so on. We had the “picture” in our mind of the last hour of John’s life and now someone was sharing details we never heard about. This was upsetting because of the gaps in the letter and the lack of identification of the role of the person that morning. It was as if someone threw a handful of puzzle pieces onto the picture and we were left to figure out how they fit.

Now we could speak to one another and at this point I found out that the author of the letter was the Chaplain at the hospital who just happened to be in the emergency room area when John arrived. These are the new things we learned:
We spoke about the fact that there is a Holy Spirit and He works in places and at times that we don’t expect.

For Pam and me we were blessed again; it wasn’t that we didn’t have faith or peace, but there are those times in the back of your mind where you just are trying to figure it all out, and you can’t. People are complicated, as well as we know our children, we never know all of a person, but there is One who does. As we looked back on the last number of years of John’s life, they were filled with many low points and poor choices that compounded life’s problems; just like all of us have. This communication a year later convicted us more than ever about what a loving God we have.

The age old question in Christianity is whether or not you can lose your salvation once you accept Christ into your life. I have always believed on the side that God does not give up on us, but we often give up on Him. In John’s final moment on this earth, I realized that what happened in the ER that early morning was just another example of God at work in our lives. John was most likely dead at this moment but He used John to bless The Chaplain, He touched the medical staff and He touched our family, an entire year later. He is a creative God whose love we cannot stop. Praise Him!