Drugs: Your Children and in the Workplace 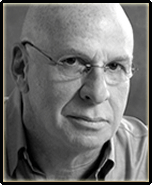 There is person you should meet, his name is Bob Stutman. Bob spent most of his career as a DEA agent. Since his retirement he has taken his crusade against illegal drug use around the world, telling parents and employers about the rampant use of drugs in our society.

Bob does over 100 presentations a year talking about a topic that he is all too familiar with. The first time I met Bob was in 2005 while he was doing a presentation to business managers about drugs in the workplace and how to implement an effective substance policy at your company. He also spoke to us as parents and let us know how different the world of drugs is today than it was 25 years ago.

I spoke to Bob about John the first day we met in 2005, I also wrote Bob a couple of days after John died to share with him that John had succumbed to his addiction. Since September of 2006, Bob has used John’s story in his presentations to let others know that this is not predominantly a problem found in the inner cities, in fact, it is much more of a problem with children and adults from the suburbs; John’s story bears that out.

Recently, Pam and I had dinner with Bob and he assured us that John’s story was making a deep impact on many people he spoke to. We were so happy to hear that out of our family’s loss some things are being used for good. It was not that we had not already realized that, but each time we learn of another positive instance of others being impacted for good, we find joy through that exposure.

Pam and I continue our dialogue with Bob and we are in discussions of how we can collaborate to use John’s story and our family’s story to help others. We will let you know if more develops on this front.

I would strongly encourage you visit Bob’s site and get educated. You will find out much more about Bob Stutman and his crusade at: www.thestutmangroup.com